Hermanus known as the Closest Land Based Whale Viewing venue in the World. Viewing from the Shore can be Very Impressive Or you can also take a Boat to get up extremely close to these Majestic Creatures. These Whales can be seen all through the year but the Main Viewing Season for the Southern Right Whales is between August and November when they do not eat in our waters but give birth to their young in Walker Bay and around the SA Coastline before the long swim South.

The Hermanus History dates back to the early 1800s when Hermanus Pieters takes credit for discovering his oxen , sheep and cattle liked to graze here farming being a major industry. Word of his lush pastures brought other farmers and fishermen to the area to enjoy the Rich Grazing and school holidays by the sea.The area became known as Hermanuspietersfontein and grew. The Postmaster in 1902 decided the name was to long and it was shortened to Hermanus. Plans were underfoot to bring the Railway Lines to Hermanus where Sir William Hoy head of the SA Railway and his family enjoyed their holidays and the Clear Air being prescribed by Harley Street Doctors as an Ideal location for rest and recuperation. The Railway Station was built awaiting the Trains however Sir William decided against allowing the tracks to ruin the peaceful location so now Hermanus Station is known as the Only station in the world which has never had a train Arrive or Depart. 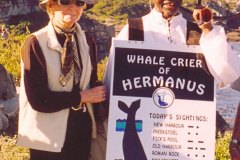 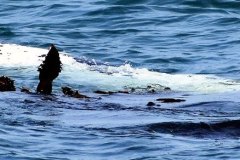 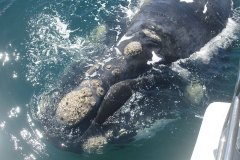 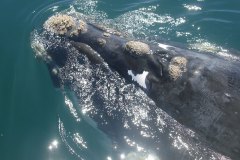 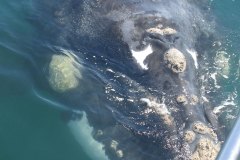 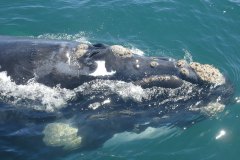 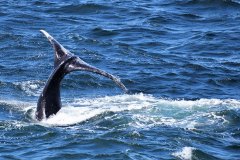 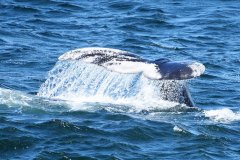 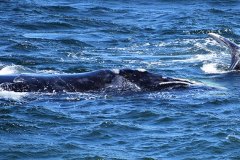 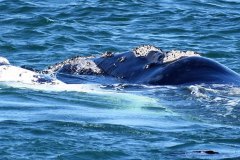 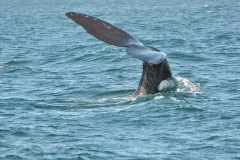 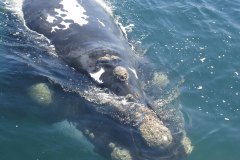 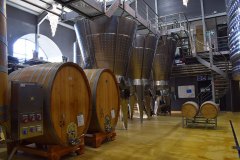 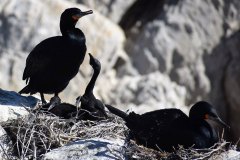 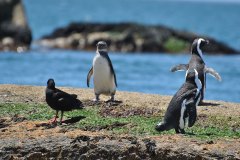 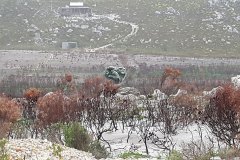